Looking for some food-trip? Well, they have come to the right city as Baltimore is often dubbed by many restaurant review sites like Yelp to be one of the best cities to eat in the entire country. This is definitely true as Baltimore is also being called the crab capital of the world for its waters are abundant of crabs and other seafood. There are over a thousand restaurants in Baltimore known for serving a wide variety of dishes to a wide variety of customers – and this number increases each month. This is what this article is all about, as we explore the newly-opened restaurants around Baltimore. 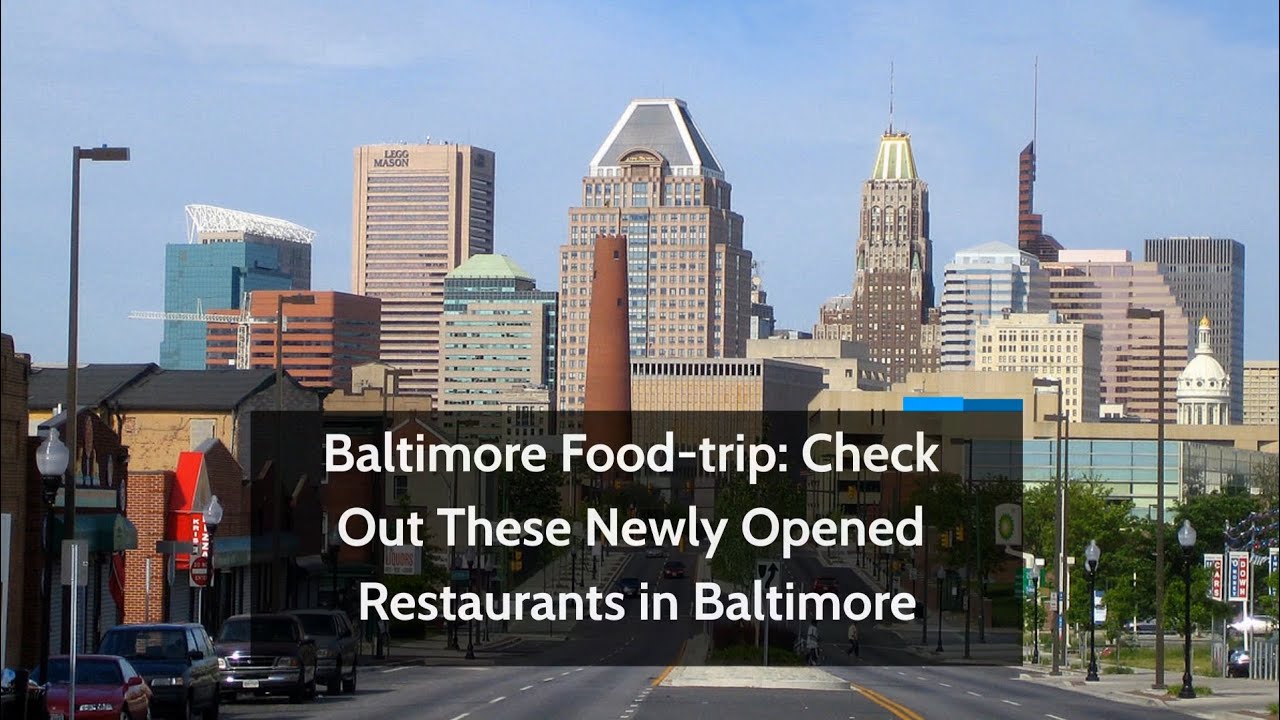 First on our list is the restaurant that replaced the popular Button on the Canton Waterfront. This restaurant offers delicious seafood and other mouth-watering dishes. Check out this article written by Amanda Yeager at Baltimore Business Journal below.

Raw & Refined to Replace Button on the Canton Waterfront

A new restaurant will take over the former Button space in Canton next month — just in time for drinks by the water.

Raw & Refined Cocktails and Eats is slated to open in May at 2723 Lighthouse Point, according to its Facebook page. The kitchen will be led by Chef Patrick Morrow, formerly of Bluegrass Tavern in South Baltimore. Dominic Lascola, who owns El Bufalo Tequila Bar & Kitchen in Canton, will be the operator.

The restaurant will breathe new life into a spot that’s undergone multiple changes through the years. The property was home to Canners Row before it was acquired by developer Scott Plank’s War Horse Cities, which evicted Canners Row last spring for failing to pay rent.

It then became Button, a neighborhood-focused bar and cafe intended to complement the recently renovated Swim Club, also owned by War Horse Cities. Before that, the building had hosted another eatery and a residential real estate office.

Beyond Swim Club and the Raw & Refined space, Plank, a former Under Armour Inc. executive, owns a swath of other properties along the waterfront, which he acquired in 2017 for more than $22.5 million. See full post here…

While people of Baltimore (especially the locals) will miss the Canton Waterfront, the opening of Raw and Refined is certainly being looked forward to by the young ones and tourists alike. This restaurant is also said to offer a breath of new life to the area that has undergone changes over the years. Let’s wait and see how people will accept (or not) the Raw and Refined Cocktails and Eats in the next months.

New Restaurant To Take Over B Bistro Space in Bolton Hill

The owner of On the Hill Cafe in Bolton Hill has plans to open another restaurant in the neighborhood, according to documents filed with the city’s liquor board.

Chef George Dailey and his wife, Realtor Jessica Dailey, have applied for a liquor license for a new restaurant called CookHouse, which would take over a space at 1501 Bolton St. that was formerly home to B Bistro.

CookHouse will serve breakfast, lunch and dinner seven days a week as well as brunch on Saturdays and Sundays, a proposed menu attached to the application shows.

Though the application includes a bar menu with a list of classic cocktails, George Dailey said in an email that he has since decided to apply only for a license to serve beer and wine.

Cookhouse will have indoor and outdoor seating, according to the application. In addition to On the Hill Cafe, Dailey also owned Centro Tapas Bar in Federal Hill from 2010 to 2012. Learn more here…

The new restaurant in Bolton Hill will be called CookHouse, and the owners have applied for a liquor license. This means that this new food place in town also offers beer, booze and other liquor for those who want to just chill with friends. CookHouse will also serve breakfast, lunch, and dinner every day of the week for those who want to spend time with family. With their menu already released in public, expect more and more people getting excited with CookHouse opening.

As mentioned early in the article, a busy city like Baltimore means there’s a lot of movement as far as businesses are concerned. With that said, let’s check out the businesses that have opened and shut down in Baltimore. Lauren Cohen of Baltimore Magazine published a roundup of open and shut in Baltimore’s restaurants.

Raw & Refined: It’s going to be a great summer for dockside dining in Canton. On the heels of the news that the team behind Barcocina and Bond Street Social have taken over the Boathouse Canton, there’s also been a revival in the former home of Button adjacent to Swim Club. Officially opening this weekend, the nautical-themed seafood spot highlights a gallery of local artwork and floor-to-ceiling windows that look out onto the waterfront patio. The worldly menu was inspired by Chef Patrick Morrow and owner Dominic Lascola, who wanted the food to have Latin American and Caribbean influences.

Tiki Barge: Memorial Day Weekend marks the official return of many harborside bars around town, but this outdoor drinking destination won’t be one of them. Owner Dan Naor recently confirmed to The Sun that the Inner Harbor barge, which includes its own bar and swimming pool, is not reopening this summer. Since its debut in 2010, the floating marina bar became known as an oasis to sip tiki drinks while taking in panoramic views of the city. However, soon after opening, it was met with complaints from HarborView residents about noise, illegal parking, and other disruptive behavior. There’s no word yet on whether Tiki Barge will make a comeback in the future, but the property is listed for sale at a price of $1 million and we’ve heard rumors of a possible local buyer. 500 Harborview Drive

A lot of people are very excited with these new restaurant opening for they will have a new place for some good food, as well as a place to drink booze, wine and other liquors. With the opening of Taco Bravo means that a new place for Mexican flavor emerges in Baltimore. They will also highlighting white fish ceviche, corn tortillas, mexican beer and smoky mezcal margaritas. Though there are those that are also saddened by the parting of old-time favorties Tiki Barge. The place was a subject for several complaints.

There you have it, your newest place for family and friends foodtrip bonding. Locals and Charm City tourists will surely love these new offerings. In addition, the place of Baltimore among the best places to eat is definitely secured. For more Baltimore businesses updates, you may check out Dependable Homebuyers at https://www.dependablehomebuyers.com/maryland/baltimore/.