The housing market, in general, was characterized by rising home prices throughout the country and housing affordability on the lowest end. This means that only a few can afford to purchase a new house. In the early months of 2019, we have seen signs of slowing down in home prices, which by the way is a good sign for homebuyers who are tired of renting and wanted to finally own a home. 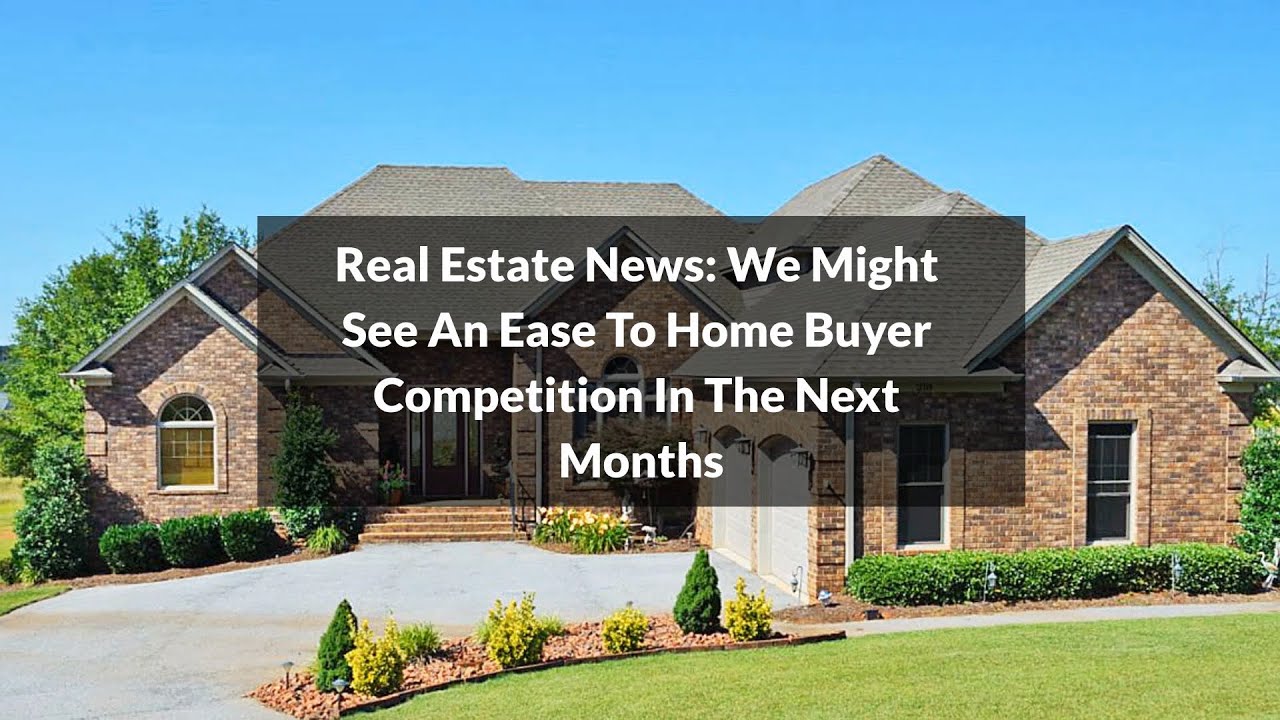 Another great news in the housing market is the easement of home buying competition as the entire housing market starts to cool down. Alcynna Lloyd of Housing Wire wrote this interesting story at Housing Wire, so read the article below to know more about the news.

This winter, buyers spent the shortest time searching for homes within the last 6 years

As the housing market continues to cooling, homebuyers across the country are benefiting from declining home prices and rising inventory.

In fact, according to recent data from Redfin, housing market competition is easing, therefore permitting homebuyers to close on homes faster than previous months.

“With more homes on the market, prices growing at a slower rate and even falling in some markets, and less competition from other buyers, finding a home is a lot less stressful this year than it has been in recent years,” Redfin writes. “When a buyer finds the home they want to make an offer on there’s now a greater chance that their offer will be the only one and that the seller will accept it.”

In fact, these factors led to the shortest median home search length for homebuyers during the winter months in at least six years, according to Redfin.

Furthermore, in the three months ending in February, it took the typical homebuyer only 73 days to close on their new home after just one home tour.

“This year, there are more homes for sale relative to the number of buyers, so a buyer is more likely to have their first offer accepted, while sellers are having to wait longer for their home to be sold,” Redfin Chief Economist Daryl Fairweather said. See full post here…

This is extremely great news for all homebuyers throughout the country since the housing market has already shown signs of cooling down from increasing how prices, mortgage interest rates, among others. Also this year, lots of experts have anticipated more home sellers than buyers, which allows homebuyers to most likely accept home deals and offers.

With more homebuyers in the entire country already benefitting on the easing of home buyer competition in purchasing properties, the next question arises would be: Is it the best time to buy a home in 2019? Brian O’Connell might have the answer for you in his article published at TheStreet. Check it out below to learn more.

Why is the “when factor” so important?

As with most financial endeavors, timing can be everything, and that goes double for landing a dream home. Pricing, interest rate levels, the calendar month of the year, and your own personal cash situation all can factor in on when to buy.

The Best Times to Buy a Home

There are multiple factors that go into the “when to buy a home discussion.” The following factors are among the most critical, and should be evaluated first.

1. Early in the Year

The calendar is a good barometer for the best time to buy a house.

In general, prices are less expensive at the end of the year, especially in December. Primarily, that’s because the inventory that’s on the market comes from owners who have to sell, and are more willing to negotiate.

2. When Interest Rates Are Low

In the past few years, the Federal Reserve has sustained a policy of raising interest rates to keep inflation low, and the economy stable.

3. When Your Financial Situation Is Optimal

The best time to buy a new home can also be when you’re cash flush, your credit score is strong, and you don’t have a lot of large debts.

Purchasing a new house isn’t that easy as a lot of people might be thinking. It requires a lot of preparations mentally, emotionally, and more importantly financially. Apart from the home price, there are also additional costs that might arise during the procurement process such as additional repairs, so be ready for unexpected cost as well. Also, timing is essential when deciding to purchase a home. A good buy signal is when the home prices and interest rates are low or when there are lots of sellers in the market. In simple words, this time of year is a good time to buy a new house.

If you’re hunting for a house this spring, say goodbye to frenzied bidding wars. And if you’re selling, get ready for good, old-fashioned negotiations.

While real estate brokers aren’t declaring a buyer’s market just yet, demand has definitely cooled since last summer and the upper hand sellers once enjoyed has largely disappeared.

Escalating prices and higher interest rates convinced buyers to step to the sidelines in the fall, slowing the once-runaway market. As 2019’s buying season gets underway, several factors are now in the buyer’s corner: moderating mortgage rates compared with just months ago and more homes for sale, easing competition.

Nationwide, just 13 percent of offers had competing proposals in January, down from 53 percent a year earlier, according to data from Redfin, which has offices in 85 major metro areas.

Some of the steepest drops occurred in markets that were once the hottest in the U.S. In San Francisco, the share of sales drawing multiple offers fell from 82 percent to 18 percent; in Seattle, the share dropped from 69 percent to 15 percent;and in Boston they slid from 53 percent to 14 percent.

“Sellers in the areas where we saw the highest appreciation, they can’t expect to see that now,” says Jennifer Johnsen Cameron, a vice president with Coldwell Banker Bain in Bellevue, Washington, outside Seattle. “Sellers need to be realistic about pricing. They can no longer name their price.”

The good and bad of mortgage rates

Interest rates hit Randall Parker as both a seller and a buyer. In late August, he listed his house in the rural outskirts of Nashville, Tennessee. The house sat for 58 days. By the time he closed on it in October, rates had surpassed 5 percent and school was in session.

“I thought the timing was not good on our part,” Parker, a fuel truck driver, says. “We barely made $10,000 more than what we bought it for.”

But two months later he scooped up a house in Murfreesboro, Tennessee, from a divorcing couple, and without too much competition. Fewer buyers were in the market, spooked by mortgage rates and worries about a looming government shutdown. Learn more here…

This year, at least in the first quarter is a good time to purchase a property, especially to first-time homebuyers because there are lots of houses in various listing pages. This means that they’ve got lots of options to choose from. Most likely you’ll get some good deal based on the premise that a handful of home sellers persuading a smaller number of buyers. Enjoy searching for good deals online and in local listings.

If you’re a home seller and wanted to sell your house fast and take advantage of the increasing number of buyers, but you don’t know what to do, we at Dependable Homebuyers can help you sell your house fast and easy provided you already compiled all the needed requirements. To learn more, visit us at https://www.dependablehomebuyers.com and let’s get started.