Every place got pieces of information that makes it unique and at some point, the reason for it to become popular throughout the world – and Baltimore is of no exception to this fact. Baltimore holds several trivia that several locals didn’t even know about. These little-known facts contribute to Baltimore to what it is now, a Charm City for many.

Well in case you’re eager to learn some cool trivia about Baltimore, Libby Zay of TriSavvy listed some of the most interesting facts perhaps you didn’t know about Baltimore. Her list will surely impress you.

30 Things You Didn’t Know About Baltimore

A City of Firsts

While larger cities like New York frequently get all the glory for “firsts,” many crucial items were invented in Baltimore.

You may already be aware of Baltimore’s population, but there are plenty of other numbers to know in this town.

These lists of trivia make Baltimore an even more interesting place than before. It feels like being connected to its long history and the modern times, making people to even admire the city more than the Charm it is known for. A place that makes people migrate and live permanently into this city. If those trivia does not convince you one bit, Matthias Gompers of Odyssey has compiled the best things to know about Baltimore before coming:

10 Things To Know About Baltimore Before Coming Here 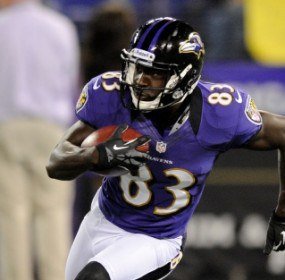 Most people don’t know that Satan actually just funnels Baltimore’s summer weather down into hell through a ventilation shaft. The heat would be bearable on its own, but the humidity is horrific. If you’re outside for any length of time, you will sweat. Air conditioning is a must.

We love our Orioles and Ravens. Almost too much, actually. We’re extremely passionate about our teams. When the Ravens make the playoffs (year after year!) we paint the town purple, and for Baltimoreans, the date that lives in infamy is March 29, 1984. Oh, and don’t walk around wearing a Steelers jersey…

Despite what you may have heard elsewhere (*cough* The Wire­ *cough*), you probably won’t get shot walking through the city. That being said, don’t walk down a dark alley alone at night with all your valuables out for everyone to see. Street smarts are critical!

When someone asks you where you went to school, they do not mean college, they mean high school. You can probably connect any two Baltimore locals with each other in six steps or less. For an urban city of over 600,000, Baltimore can feel like quite the small town. Full list here…

1. If You Try To Eat Crabs With A Fork, They’ll Exile You
Baltimoreans are very particular about eating and cooking their famous Chesapeake blue crabs: they should be steamed, covered in Old Bay and piled high before being picked apart by hand and washed down with an ice-cold beer. Stop by L.P. Steamers for some of the best crab around. If getting your hands dirty isn’t your thing, try the award-winning jumbo lump crab cakes at Faidley Seafood.

2. It’s Not Water, It’s “Wooder”
Baltimorese (or Bawlmerese) is most notable for dropping “t” sound from words—hence Baltimore becomes “Bawlmer.” If a Baltimore native asks you for some “wooder,” hook her up with a good-old glass of H2O, and if she tells you need your shirt “warshed,” you probably wore it to the gym one too many times.

3. Baltimore Is Sweet On Its Hons
“Hon,” short for “honey,” is a classic Baltimore term of endearment and the inspiration for HonFest, an annual festival celebrating the Baltimore lifestyle. Each year at the event, women from all over the city don sixties-era beehives and their best leopard-print spandex pants to vie for the title of Bawlmer’s Best Hon.

4. People In Baltimore Love A Good Brew
Baltimore has several local breweries and microbreweries known for their craft beers. Get a taste of the city’s brews during the annual Baltimore Beer Week in October. Heavy Seas, the Baltimore-Washington Beer Works and The Brewer’s Art are all worth checking out.

5. But They’ll Always Hold A Special Place In Their Hearts For Natty Boh
National Bohemian was brewed in Baltimore up until the late 1990s, when the brand was bought by another company and eventually sold to the Pabst Brewing Company. For 15 years, Baltimoreans could only get their beloved Boh in cans or bottles until Pabst started distributing Natty Boh in keg form, allowing Baltimoreans to drink drafts once again.

6. Artscape Is The Most Amazing Art Festival Ever
Each year, more than 350,000 people brave the sweltering, sticky Baltimore summer days to join in the colorful kookiness of Artscape, the country’s largest free arts festival. It’s hot, it’s crowded and good luck finding parking, but it’s worth it to check out works by more than 150 fine artists, designers and craftspeople.

7. Baltimore Pumps Out The Best Beats
Named “City with the Best Music Scene” by Rolling Stone Magazine in 2008, Baltimore has sounds to suit all tastes. Aside from the Baltimore Symphony Orchestra and tons of talented local rock bands and hip-hop artists, the city is renowned for its thriving jazz scene. And no wonder, since legendary jazz artists Cab Calloway, Chick Webb and Billie Holiday all called Baltimore home. Browse the full list here…

Baltimore is such a wonderful place to live, and these trivia right there is the proof of your colorful and rich in culture, history, and tradition. However, despite all of these amazing little-known facts won’t convince you to stay in Baltimore and decided to sell your homes, please visit https://www.dependablehomebuyers.com/maryland/baltimore and we’re glad to be of great help.