More buyers are entering the market and this is putting upward pressure on house prices. As inventory gets the pinch, new construction is stalled because of high construction costs and a lack of land that can be developed. 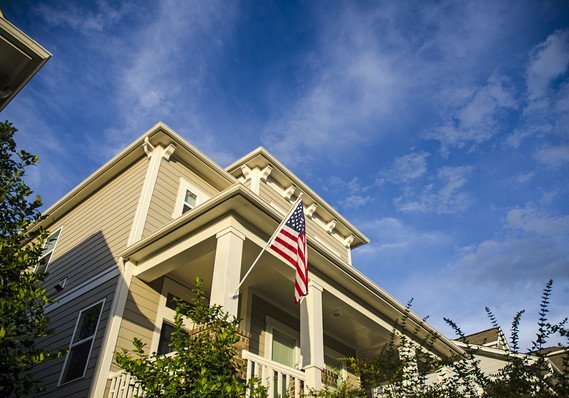 More Americans became homeowners in the spring, and the number of renters decreased, adding to evidence that consumers still aspire to ownership despite ongoing housing market headwinds.

The national homeownership rate rose to 64.3% in the second quarter, the Census Department reported Thursday, up from 64.2% in the first three months of the year. What’s more, that marked the sixth-straight quarter of yearly increases.

Over the past 12 months, 1.77 million more Americans became owners, while the number of renters declined by about 100,000.

We know that homeownership is growing… but the question is how does this compare between demographics. Are we seeing older or younger buyers?

The rate was lowest in the West at 59.7 percent, unchanged from the first quarter of the year.  The Northeast, while retaining its next to the bottom position, posted the largest gain of any region, rising 0.8 percentage point to 61.3 percent.  While homeownership remains low among those under 35 years of age, the rate among that cohort did increase from 35.3 percent to 36.5 percent, the largest gain of any age groups.  Homeownership among the oldest Americans, those 65 and older, continues to trend down, falling another half percent from the first to the second quarter to 78.0 percent. The rate was over 81 percent in mid-2013.

More than a 30-percentage point gap persists between non-Hispanic White Americans and those who are Black; 73 percent to 42 percent. The Hispanic rate is only slightly better than that of Black Americans, 46.6 percent, while 58 percent of Asians/Pacific Islanders are homeowners. Read full story here.

Thanks to the data above we know that housing has stalled while in the Northeast housing is booming. Older individuals over 65 are participating less in the real estate market whil those under 35 are jumping in feet first.

In the article composed by John S. Tobey, we examine homebuilding’s key drivers. They all are in great positions to support an hopeful viewpoint.

“Housing’s Drivers Are All Positive, So Be Optimistic

“Ignore The Negativity About Home Sales – The Data, Analysis And Conclusions Are Flawed”
“Homebuilding: Five Reasons Why Growth Can Continue”
So, now we can examine homebuilding’s key drivers. They all are in excellent positions to support an optimistic outlook.

Recessions’ reversals cause a clear reduction in new home sales. The one exception in this graph is the 2000 recession caused by the Internet bubble bursting. Housing, on a different trajectory, continued apace, albeit destined for its own boom/bust.

With the unemployment level at its low, there are more financially fit and confident homebuyers.

The high readings for consumer confidence translate into a willingness to make larger and longer-term commitments.

When delinquency declines and reaches lower levels, banks are more willing to lend.

Homeownership numbers clearly show the past housing bubble and bust. An important measure of this cycle’s completion is that the proportion of people owning homes is back to a normal level. That means potential homebuyers and lenders can take this as a sign that the boom’s abnormal risk is gone.

There are many drivers pushing our housing market forward. At Dependable Homebuyers we’ve seen a frenzy for high quality, affordable homes. Some think that we’re at the peak of the market but there are few indicators showing the market slowing down.