The town of Nashville was founded as early as 1779, but was later incorporated and officially became a city in 1806. Over 200 years later a lot had happened to Nashville, apart from just becoming the city capital of the state of Tennessee and being dubbed as the Music City. Right now, Nashville has become a very progressive city, with a balance of economic and entertainment growth. Thousands of tourists flock the city on a daily basis to witness the city’s attractions and landmarks, taste its delicious food, or experience Nashville’s world-class entertainment. Overall, they just want to experience living in one of the best places to live. 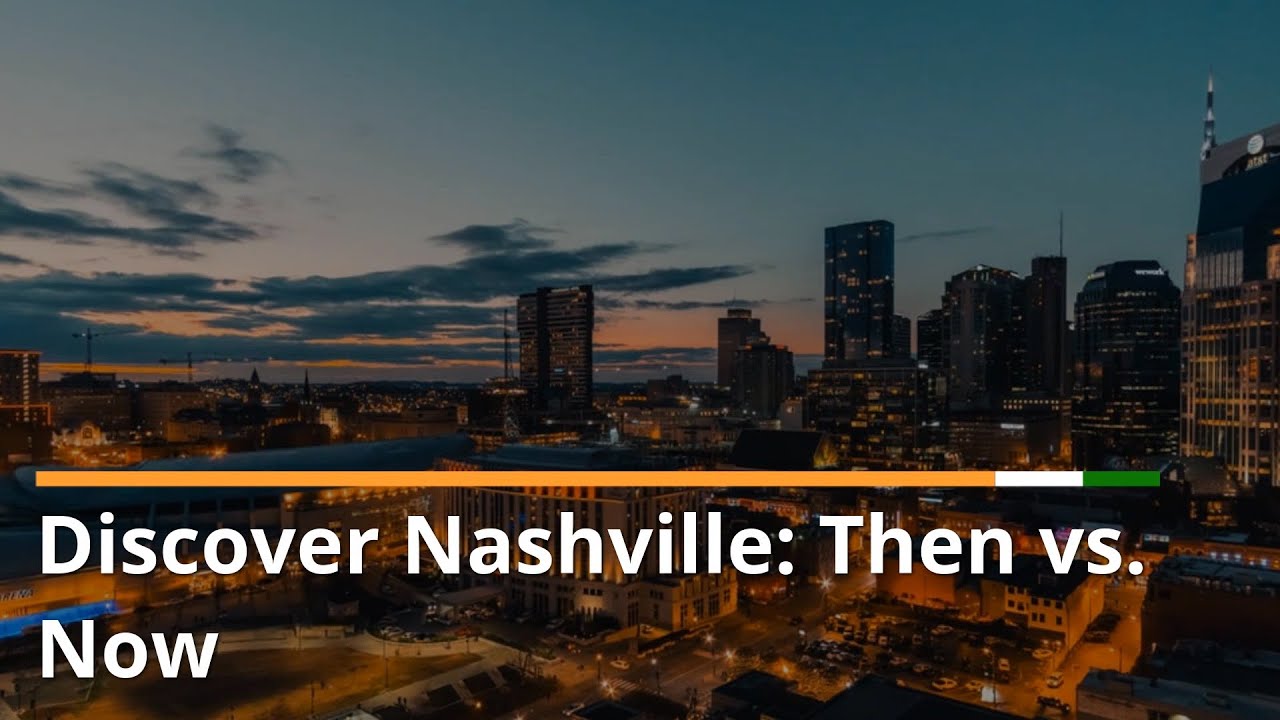 Another interesting thing to do is comparing Nashville then and now and see how things have changed the city over the past 200 years. Ashley Haugen of Style Blueprint gave us a headstart by giving us nostalgic scenes of then and now from a barely recognizable city of Nashville. Check out her article below and see how the city looked like many years before you were born.

Then & Now: Scenes From a Barely Recognizable Nashville

Any lifelong — or even long-time — Nashvillian will tell you that Music City is barely recognizable from even just a few years ago. Yes, Nashville has definitely evolved into its “It City” nickname, but what was it like before it was the cool kid on the block? Take a look — slide the dot across for a before and after of some of the city’s most recognizable landmarks — and prepare to be amazed!

There was no Stix sculpture — and no roundabout for that matter — at Eighth Avenue and Lafayette Street back in the early 1950s. There was, however, a fabulous RC Cola billboard! (History buffs, note the “Alamo Plaza 2 Miles” sign, and then read up here.)

Long before it was purchased Vanderbilt University Medical Center took up residence there, 100 Oaks was Nashville’s second enclosed shopping destination (Harding Mall was the first) and enjoyed the title of Tennessee’s largest mall from 1968 to 1971. After closing in 1983 and a fairly rocky following three decades with various reinventions, 100 Oaks is bustling once again with both retail options on the first floor as well as Vanderbilt physicians’ offices on the second floor.

From 1937 to 1966, what is today known as “the Belcourt” was called The Belcourt Playhouse. But it was open well before that, showing silent films since 1925 and featuring what was, at the time, Nashville’s largest stage. Today, the Belcourt is enjoying renewed purpose, having undergone a major renovation that was completed in 2016. Its guests flock to this Hillsboro Village fixture to see films, attend events and partake in classes and various community education opportunities. The Belcourt Theatre is located at 2102 Belcourt Ave., Nashville TN 37212.

Those are some of the oldest pictures you can see of some of the city’s most popular attractions such as Belcourt Theatre and the iconic Hermitage Hotel. Such a fine scene to see. The hotel was constructed in 1908, 110 years later, it is still among the most luxurious hotels in Nashville.

36 Hours in Nashville, Then and Now: How the NY Times’ Coverage Shows Music City’s Growth

Oh Nashville, you sure have changed. If the construction cranes, handful of James Beard-nominated chefs and traffic headaches aren’t enough proof, you can always look to The New York Times.

“But these days, there’s much more to the Tennessee capital than country,” the paper wrote this week. “One of seven cities chosen to begin Google for Entrepreneurs Tech HubNetwork, Nashville is bustling with new business. The dynamic food scene draws an international clientele and chefs from bigger cities.”

But this isn’t the first time the paper has spent 36 hours in Nashville. In fact, before The New York Times declared Nashville the next “It City” (January 2013), the paper dared to spend a weekend here. It was November 2009: the country was still in the midst of a recession, Kanye West had just stormed the stage during Taylor Swift’s VMA acceptance speech, and Connie Britton was still driving around the dusty roads of Dillon, Texas, dreaming of making it big as a country music superstar.

Here’s what’s changed in the intervening five years, according to the Times:

Then: East Nashville and 12South

Then: Tayst, Nashville’s first “green-certified” restaurant; chef/owner Jeremy Barlow would close Tayst a year later, in fall 2012, to spend time with his family and focus on his sandwich shop, Sloco

Now: Husk, The 404 Kitchen, and Rolf and Daughters

At some point, it is saddening to know that some of the iconic Nashville names have gone, but those that replaced them also offered great things to the city, such as the Savant Vintage that replaced the old Venus and Mars founded by a supermodel and also a Nashville resident Karen Elson. It’s just nostalgic to see old things gone, but looking forward to the new things Music City has to offer to its locals and tourists alike.

After reading all these wonderful and nostalgic then and now comparisons of Nashville, for first-time visiting the city might be asking what is it like to live in Nashville. No need to worry a bit as Stephanie Sargent of U.S News shares what it feels like to be a local and permanent resident of Nashville.

Nashville is famous for the Grand Ole Opry, the Ryman Auditorium, aka the Mother Church of Country Music, and twangy honky-tonks, but music is just a byproduct of the larger city culture. Music City is home to a community fiercely driven by a desire to create.

Ask people what they do and it’s likely they live in the area to help build something new like a health care information technology startup, an indie progressive rock band or a festival that celebrates all things tomatoes.

This innovation positively influences the lives of residents in nearly every respect. The metro area has a blossoming job market and an exploding entertainment scene fueling an appetite (and thirst) for all things locally sourced and artisanal in craft – everything from handmade marshmallows to small batch gin.

U.S. News analyzed 125 metro areas in the United States to find the best places to live based on quality of life and the job market in each metro area, as well as the value of living there and people’s desire to live there.

What’s the cost of living in Nashville, TN?

Nashville is relatively affordable compared to other major U.S. metro areas, though the housing market has become increasingly competitive. The area has seen an increase in its population, as well as a rise in home values. Since Tennessee is one of the few states that doesn’t tax wages, residents are able to keep more of their income, though there is a 6 percent hall tax on investment interest and dividends.

The data above gives you an idea of what is like to live in Nashville, especially the cost of living. The good news is that the city is relatively affordable compared to other major U.S cities and metro areas, which is one of the reasons why Nashville is among the best cities to live. Another great thing about the city is that its housing market has become increasingly competitive, with a noticeable increase in population and rise in home values. There are lots of things in Nashville that are worth mentioning, which confirms that it is one of the best places to live.

If you’re convinced that Nashville is your next city and wanted to purchase a home, Dependable Homebuyers can help you find affordable home deals in the Nashville area. We can also help you sell your house fast and easy. To learn more, visit us at https://www.dependablehomebuyers.com/tennessee/nashville and we look forward to hearing from you.