The city of Baltimore is known for its supportive community, helping people achieve a goal, reach out to those in need, and so much more. There are lots of known communities within the city with different causes, some are helping people in healthcare, some communities are there to inspire others, and so on. It is worth knowing what is the latest news about these awesome Baltimore communities.

First on our list is the news article published by Baltimore Magazine about the magnanimous millennials and how the young people give back to the community. Read the article below to learn more.

When it comes to philanthropy, young adults are making a big impact.

Although they may not be the largest givers—that honor belongs to the Boomers, according to a study by fundraising firm Blackbaud Institute—60 percent of millennials donate to charity, with an average of three charities per person.

Millennials don’t take their obligation lightly—They give with their time and their money, but look for transparency, do their homework, and want to see results.

A case in point: This is a generation that was the most likely to donate to hurricane relief following Harvey, Irma, and Maria. Yet, it’s also the age group most likely to have researched which charities to support.

We talked to three Baltimoreans under 40 to learn about how they and their generation gives. 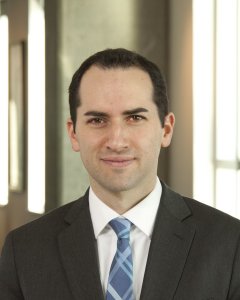 For Jacob Hodes, charity begins at home. A firm believer in investing in the community in which he plans to live, this Los Angeles transplant began exploring ways to give back soon after moving to the city. One of Hodes’s first forays into charitable giving was serving on the Investment Committee at The Associated. It provided him with an opportunity to bring his professional expertise to a nonprofit and help them effectively manage their assets.

At the same time, as a newcomer to the city, it was a chance for him to meet other people, while learning more about how the organization helped Baltimore.

As he became more involved, Hodes realized how much The Associated invests in Baltimore, supporting everyone from infants to the elderly and providing a wide range of services, from education to emotional wellness and social justice. And he’s not alone among his peers in supporting local causes: Many of his friends are aligning local giving with their personal interests.

To Hodes, however, giving back is not just about joining a board. It’s about being passionate about a cause and donating time, as well as money.

“I like being able to see an impact on a day-to-day basis,” he says. 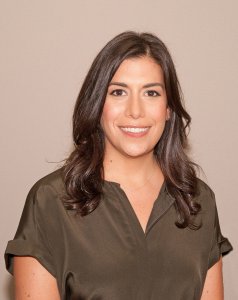 Wendy Bronfein has been on quite a journey as a young professional committed to giving back.

She’s traveled to India, Madrid and Morocco. As a member of the Jewish Federation of North America’s Young Leadership Cabinet, she’s networked with professionals around the country and learned how community dollars can make a global impact.

Yet, this young adult didn’t begin her philanthropic commitments with such a high profile. Like many of her peers beginning their careers, she was limited in how much she could contribute. Click here to read the rest of this post…

There are absolutely lots of great people in Baltimore, a handful of them are young professionals and millennials who are extending help to who are in dire situations. What an inspiring at the same time a pleasant sight to see in a city like Baltimore, perhaps one of the many reasons why Baltimore is also known as The Charm City.

There’s been a lot of press surrounding Baltimore these past few weeks, and those who have never visited the city might be hesitant to make a trip in the near future. That’s unfortunate, because despite recent events, Baltimore still has a lot to offer.

Traditionally dubbed “Charm City,” Baltimore is comprised of small, distinct neighborhoods a mere stone’s throw away from the nation’s capital, with enough food and entertainment options to satisfy visitors of all ages.

Founded in 1729, Baltimore is the largest city in the state of Maryland and second largest seaport in the Mid-Atlantic. It was a hub for manufacturing and industry, and there is no shortage of architectural remnants from that time. In fact, many homes in Baltimore boast unique features such as brick walls, high ceilings and exposed plumbing. It’s all part of the charm.

No matter the setbacks, Baltimore still deserves its nickname. We dare to you try to resist its charm.

1. World-Class Attractions
Baltimore is a city with world-class amenities and attractions, rivaling those of any other U.S. city. Catch a show at the Joseph Meyerhoff Symphony Hall or explore the latest exhibit at the National Aquarium, which draws in visitors from all over the world and has events day and night. And if you ever plan to attend an event ending in “con,” there’s a good chance it will be at the Baltimore Convention Center.

2. Unique Neighborhoods
Baltimore is often referred to as a city of neighborhoods. From Charles Village to Ridgely’s Delight and Canton, there is no shortage of charm in each of these little pockets of Baltimore City. Fells Point is one area of particular interest as you can still walk the original cobblestone streets. Visitors can easily take a water taxi to access the neighborhood from the Inner Harbor. Hungry? Enjoy an all-natural selection at Pitango Gelato, the perfect afternoon treat. It’s also not uncommon to take a stroll through Mount Vernon and see the filming of shows such as Veep and House of Cards.

3. Amazing Food
Baltimore has a variety of gastro pubs famous for their innovative creations. The Brewer’s Art is a great place to discover unique dishes such as Lamb Neck Osso Buco with butterkäse farina, sautéed watercress and soffritto, or Grilled Kassler Rippchen—house cured ham steak with warm German potato salad, pea shoots and mustard Béarnaise. Wash it down with beer that they brew themselves. You won’t regret getting the Resurrection, a brown ale that’s become a Baltimore staple. See full post here…

There are still more than enough reasons for Baltimore to still hold the Charm City name. Its delicious and amazing food, world-class tourist attractions, unique and awesome neighborhood, and so on. Definitely, you’ll wear a very beautiful smile because of this city’s Charm. I also think the label Charm City of Baltimore will retain for so many years.

Next in the Baltimore community is the LGBTQ, which has gained the needed attention throughout the city, allowing them to blossom. Over the past months, LGBTQ hub has expanded beyond Mt. Vernon amid discussions of inclusions and competition. As a matter of fact, Wesley Case of The Baltimore Sun wrote an article about this headline.

Sitting at the Baltimore Eagle, the newly reopened Station North leather bar, on a recent evening, Chris Sturm and J. Brian discussed the shifting dynamics of Mount Vernon over glasses of red wine.

“It’s all changed,” said Brian, of Hamilton. “I think everything is spreading out. … The gayborhood is basically everywhere now.”

For decades, Mount Vernon was widely considered Baltimore’s most prominent and safest area for the LGBT community to live, work and socialize. It has been home to the city’s most well-known gay bars, LGBT-friendly services and, for years, the festivities of the annual Baltimore Pride celebration.

But a new generation is making its presence known in a wider range of neighborhoods. With the Gay, Lesbian, Bisexual and Transgender Community Center of Baltimore’s decision to relocate both its office and Pride to Old Goucher, many believe the boundaries have shifted. Some of the issues at play are growing acceptance in the wider community; local LGBT leadership expanding beyond gay white men to women, people of color and the transgender community; and an up-front effort by Old Goucher to become identified as the “gayborhood.”

“It’s not about [a specific] neighborhood. It’s about the community,” said Ian Parrish, one of the owners of the Eagle. “And the community is expanding.”

“It’s not about [a specific] neighborhood. It’s about the community,” said Ian Parrish, one of the owners of the Eagle. “And the community is expanding.”

The declining need for a centralized “gayborhood” reflects a larger national trend, said Jim Downs, associate professor of history at Connecticut College and author of “Stand by Me: The Forgotten History of Gay Liberation.”

Living in these neighborhoods in the 1970s and ’80s was a political statement — to be out of the closet freely — but the younger generation no longer views it that way, he said.

“They don’t feel the same political pressures. They’ve come out in a completely different political landscape that doesn’t necessitate having a community of their own,” Downs said. Learn more about this topic here…

Baltimore’s community is a colorful and interesting community with lots of young people that are willing to help others that are in need, build camaraderie between groups of the same gender and advocacy and more. The Charm city is definitely alive and ready to inspire people.

With its world-class attractions, hospitable neighboorhood, and delicious sumptuous foods, Baltimore is definitely a city that is a must-visit when you’re in Maryland. If you want to know more and explore Baltimore, Dependable Homebuyers can help you with what you need to know about Charm City. Visit our website https://www.dependablehomebuyers.com for more information.