There are lots of optimism swirling around the spring real estate market. This is since the latest trends in the housing market have been on a downward projection, with home prices has been on the highest levels and fewer and fewer people especially the middle class can afford to purchase homes. But what to expect from the spring housing market? 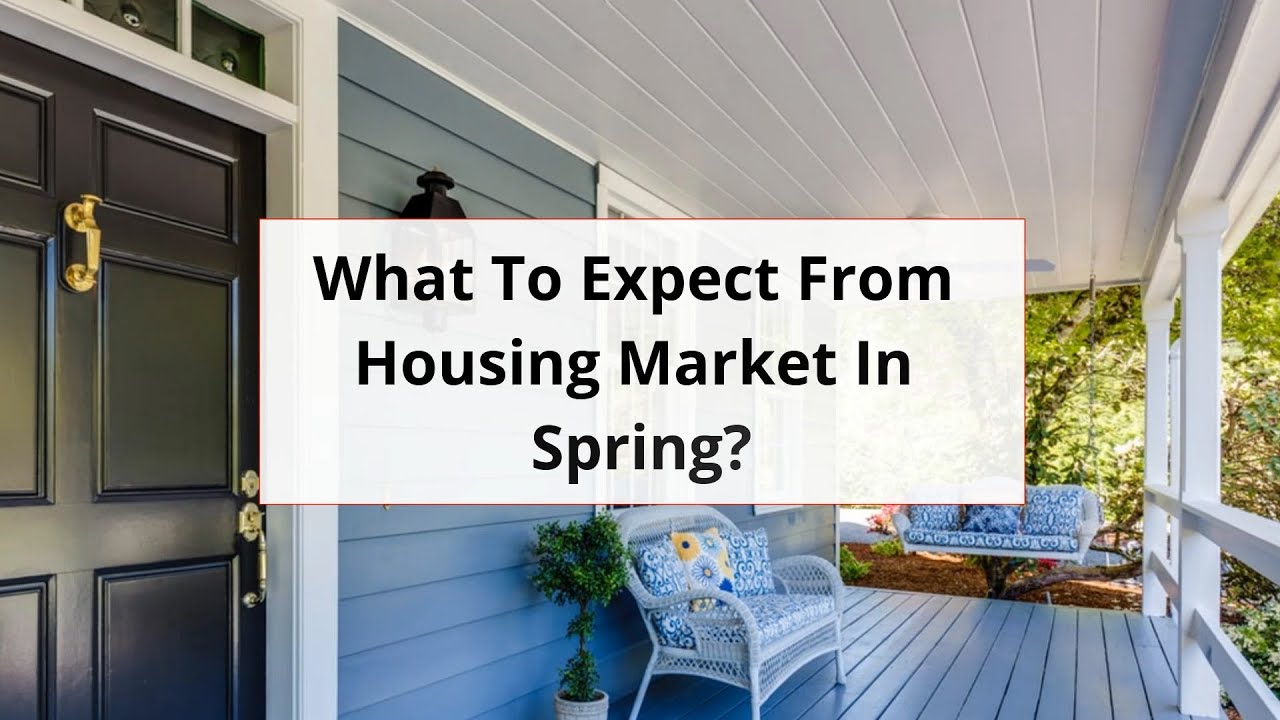 Let’s start with the article written by Than Merrill in Fortune Builders, predicting the spring real estate market. Check out what they have to say about this time of the year for the housing market in general.

Let’s take a look at how the spring real estate market should play out in the upcoming months:

What To Expect From The Spring Real Estate Market

2015 was widely considered to be the year housing regained its footing from the depths of the Great Recession: Home appreciation returned equity to places that hadn’t seen it in nearly a decade, interest rates promoted homeownership, and investors have started using a real estate investment strategy or two. The housing market was the beneficiary of some rather encouraging indicators. Rehabbers, buyers and sellers should all be excited for what is in store. What’s more, it appears as if the momentum gained from last year is going to carry over well into 2016.

According to the 2016 Mid-Atlantic Housing Market Survey of MRIS Real Estate Professionals, the spring selling season stands to benefit immensely from the momentum that was gained leading up to the second quarter. If for nothing else, optimism is higher than it has been in the housing market in years. However, it doesn’t hurt that nearly twice as many markets are stable or growing than there were at this time last year.

The majority of those surveyed in the MRIS survey are confident that this spring is going to be busier than its predecessor. One reason, perhaps more than any other, has lead to the consensus that this spring is going to trump last year’s: millennial homebuyers. While we did see an influx of first-time homebuyers enter the market last year, it wasn’t to the extent many had hoped for. Fortunately, it appears that sentiment was premature, as opposed to wrong altogether.

According to respondents in the MRIS survey, the prospect of an impending interest rate hike should influence more people to get off the fence and finally purchase a home this spring. In fact, for one reason or another, we have already seen low interest rates encourage homebuyer activity in the face of low inventory levels, rapidly appreciating markets and increasing competition.

“Consumers are heading into the spring home buying season with a positive outlook, according to our findings,” says Steve Udelson, president of Owners.com.

As mentioned, there has been a lot of optimism in the spring real estate market as it is one of the biggest beneficiaries of some rather encouraging indicators. Also, signs of lower interest rates encouraged home buyers to get involved despite low inventory levels. With the level of optimism, lower interest rates and more home buyer engagements in the market, the spring real estate market is indeed expected to be bullish.

Alcynna Lloyd of Housing Wire wrote an article on what Trulia says on the spring housing market. Their opinion is among the most respected in the housing market. Read what they have to say below.

Trulia: This is How Spring’s Housing Market Will Fare

Although several reports indicate the housing market is projected to heat up this spring, recent data from Trulia suggests the industry is currently experiencing the early stages of a cyclical downturn.

“Cyclical housing market downturns occur roughly every 10 years, and they typically don’t happen overnight. Instead, they play out steadily over a few years, first showing up in sales volumes and later—usually a year or two later—in prices,” Trulia writes. “The housing market currently appears to be in the early stages of such a downturn: declining sale volumes and other market indicators indicate that it is cooling off, gradually pivoting away from the heated sellers’ market of recent years.”

And Trulia is right, home prices have been steadily depreciating since early 2018.

In fact, a recent report from CoreLogic indicates that since peaking at 6.6% growth in April 2018, home-price growth has continued to slow down.

However, despite these concerns, Trulia believes the housing market still has the ability to come out on top.

“The downturn we’re entering is inherently different from the previous one that saw home values plummet over 40%, and is likely to be mild,” Trulia writes. “Declining sale volumes will probably be followed by small declines in prices or possibly just a prolonged period of flat-to-modest housing price growth.” Read full article here…

Trulia believes that the entire housing market is already in the early stages of a cyclical downturn as they observed declining sales volume and other important market indicators telling that it is cooling off. What they have observed in the past years was also right as home prices have been depreciating steadily since last year.

Another reputable organization in the real estate market Realtor.com also shared their observations and insights about the spring housing market and what are its implications to the entire housing market in general. Diana Olick of CNBC covered this story. Read more about this topic below.

The supply of homes for sale is finally rising, but fewer buyers are able to afford these homes. That could result in a much slower spring market.

Spring is usually the high season for housing, but high home prices have been taking their toll for months. The numbers point to potential trouble ahead.

The median price of a home listed in February jumped 7 percent annually to $294,800, according to Realtor.com. The price increase came as the number of listings rose 6 percent, with an additional 73,000 listings compared with a year ago.

Buyers did come back in January, with signed contracts jumping a wider-than-expected 4.6 percent month to month, according to the National Association of Realtors. Most point squarely to the drop in mortgage rates that occurred in December as the cause for the rebound. Gains were strongest in the South, where prices are relatively low, and weakest in the West, where they are highest.

Volume nationally, however, was still lower than in January of last year.

“That’s a sign that while housing is going to pick up from late 2018’s sluggish level, which we expected given lower mortgage rates, it’s still at a slower pace than we what saw in early 2018. Affordability continues to be a challenge for first-time buyers,” added Hale.

The biggest supply increases were in the nation’s 50 largest metropolitan markets, where inventory overall was 11 percent higher. The West Coast led the way, with San Jose seeing a 125 percent increase in the number of listings. That is likely because more of these pricey listings are going unsold and piling up. Read more here…

According to Realtor.com, spring is usually the high season for the housing market, but with the current home prices and mortgage rates have been taking its toll over the past months. They also have reservations as affordability continues to be the major challenge for first-time homebuyers.

Spring housing market can be considered one of the most important times in the real estate calendar, as more people tend to purchase a house or put their house into various listing sites. If you need to sell your house fast but don’t know where to start, visit Dependable Homebuyers and we will help you find the right buyer for your home. For more information, visit https://www.dependablehomebuyers.com and let’s get started.