Baltimore is a progressive and fast developing city with employment opportunities surging up that a lot of people from outside Baltimore are benefiting from it. This also means that these people seeking employment need a place to stay while in Baltimore, and a big majority of them definitely will opt for property rentals. 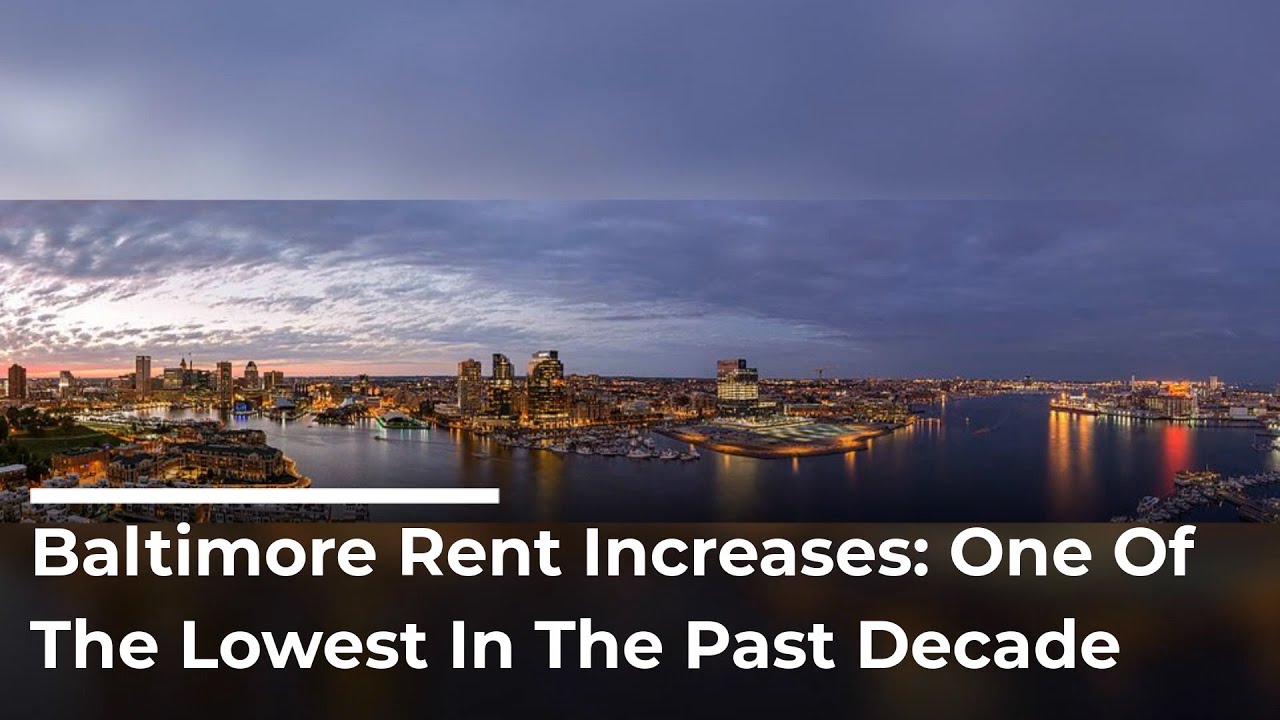 It is the start of a year and a start of a new decade, and there’s no stopping Baltimore from opening employment opportunities. With that thing in mind, it’s high time we check on the latest rental rates in Baltimore and this article written by Marco Santarelli of Norada Real Estate Investments that generally speaks about the Baltimore housing market for the year 2019 including the home prices and trends. Check out the article below to learn more.

How is The Baltimore Real Estate Market 2019?

Baltimore looms large in American history. First settled in the 1600s, it was one of the largest cities in the U.S. in the colonial era. It is often thought of as a distant suburb of Washington D.C. today, an industrial city on the decline. Yet this city is experiencing a turn around that presents a unique opportunity for real estate investors. The Baltimore real estatemarket offers a variety of properties for buyers who are looking for a place to call home.

Baltimore is home to around 600,000 people. The Baltimore housing market at first blush would seem like a bad investment, since the city saw a nearly 5% drop in population from 2000 to 2010. This is a continuation of a decades long flight from the city; between 1970 and 2000, the total population declined by almost a third. However, there is significant opportunity in the Baltimore real estate market for investors, and not just because the metropolitan area is home to nearly three million people. Let’s take a look at the Baltimore real estate market trends and the prospects of investing in Baltimore in 2019.

It can be seen that Baltimore real estate market has declined over the past year, which can be noticed in the median price difference between the home buying and selling prices, which stands at around $55,000. This can be interpreted that acquiring a house in Baltimore is expensive, while home selling is much cheaper. However, the overall outlook for the Baltimore real estate market is positive, especially despite the rising home prices.

While the Baltimore housing market received a positive forecast and outlook, the rental prices could tell a different story. As a matter of fact, in the past years, Baltimore actually experienced a “double crisis” due to increasing rents and low income from tenants. This story was covered and written by Jessica Anderson and Natalie Sherman in their article published as The Baltimore Sun. Check out the story below to learn more.

Stagnant wages and rising rents have created a “double crisis” in Baltimore, where more than half of the city’s renters live in housing considered unaffordable, a new report says.

Many of the families struggling to pay rent are poor, but costs also have increased sharply for a growing number of working- and middle-class renters, according to the report for the Abell Foundation, which looked at data from the American Community Survey and American Housing Survey.

Nearly 30 percent of Baltimore’s renter families earning between $40,000 and $75,000 a year spend more than 30 percent of their income for housing, considered the standard for affordability. That’s up from about 7 percent in 1998 and 11 percent in 2007, according to the report.

“There is this emergent trend within the midmarket, where they can live,” said the report’s author, Phil M.E. Garboden, a Johns Hopkins University graduate student. “Those families are becoming increasingly burdened.”

Middle-income households remain a small part of the rental market in Baltimore, where more than a third of renter families live below the poverty line, yet more and more people are being priced out of affordable housing.

The trend is similar to patterns seen across the country, where the number of renters has outstripped supply of homes, even as incomes remain largely static.

In the past years, stagnant wages and increasing rental rates resulted in a double crisis in the city of Baltimore. Renters felt that rates are unaffordable as seen in reports that more families can’t afford to pay rents not because they are poor but because the cost of living in Baltimore including rental rates, has significantly increased. From 2016 up to the succeeding years. this has become the trend for the property rentals market in the city.

Baltimore area’s rent increases among the lowest in past decade

People in Greater Baltimore paid a lower rent than residents of most major U.S. cities over the past decade, and didn’t see prices rise very quickly during that time, according to a recent report from Seattle-based Zillow.

Nationwide, renters spent a combined $4.5 trillion during the 2010s with $512 billion spent on rent in 2019 alone. While rent is up 2.3% from last year, overall rent increases slowed in the latter part of the decade, Zillow (Nasdaq: ZG) said.

“While the total amount of rent paid has increased each year this decade, that trend is by no means immutable,” Zillow Group Economist Joshua Clark said in a statement. “With rental appreciation expected to decrease in the coming year and a homeownership rate that has been ticking up over the past few years, a small or even negative change in total rental spending could be in the cards in the early 2020s.”

The cities that paid the most in rent include New York, Los Angeles, San Francisco and Chicago. The Washington, D.C. metro area was No. 5 on the list as residents there paid $133.6 billion in rent over the past decade, with a 10-year increase of 55.6%. Full article was published here…

This means that people renting a property in the Greater Baltimore area are paying lower rates than most of the major cities in the country over the past decade, and these rates have not seen to be increasing in that period. This is very good news for those who are planning to move into Baltimore but needed to rent a place to live. Also, with overflowing employment opportunities in Charm City, it is more likely this great news will invite more people from migrating or find a job and start building a career in Baltimore.

These are indeed great times living in Baltimore, whether you own a house or renting a property. With a booming economy and lots of opportunities for employment, landlords must expect full-occupancy at most for tenants seeking employment or even those who plan to visit Charm City soon.

Stay up to date with the latest real estate news, trends, and updates, visit Dependable Homebuyers as they give you a complete and comprehensive insight as to what’s happening to the real estate market in general. They can also help you if you want to buy a house in Baltimore.